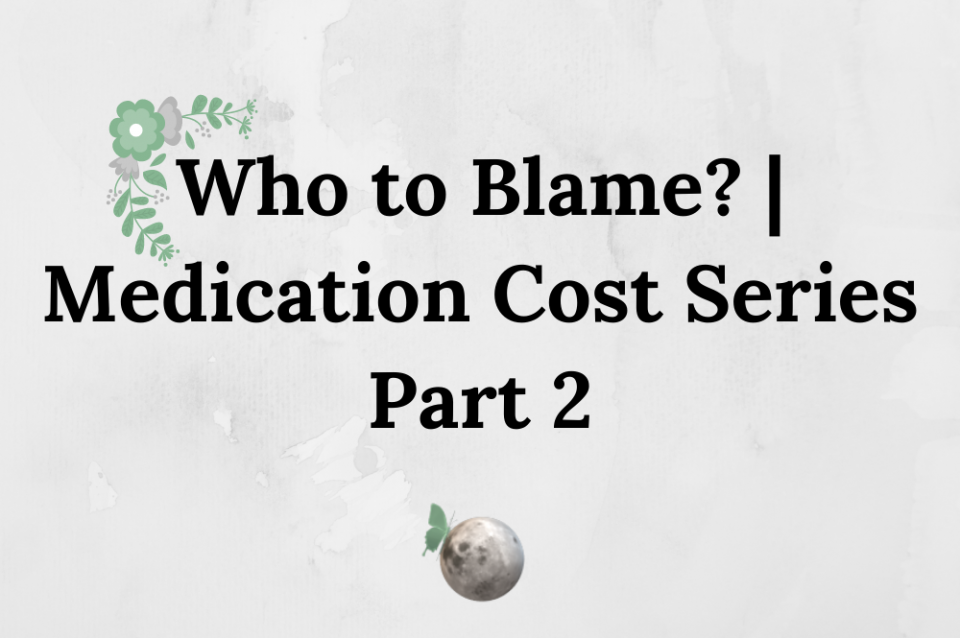 The health and medical insurance industry in the US decides what the risks of and premiums are for insurance policies. It is essentially the gamble of risk of loss in return for payment of coverage. What does that mean for Americans? Unless you currently live under a rock, in which case, congrats for discovering the internet, you would know that Americans spend an insane amount on health insurance and medication.

Riddle me this: What if I said it hasn’t always been this way? How would you feel about it once you knew why the cost continues to rise? The name of the game here is “Who do we blame for rising drug costs?”

The rules are simple: as always, follow the money. I’ll start you off with some background info.

Where did insurance come from?

Fun fact: President Theodore Roosevelt supported universal health care back in 1912. It was part of the Progressive Party Platform he ran in, which included the “the protection of home life against the hazards of sickness, irregular employment, and old age”. This “protection” included health care for all.

Running along with that idea was a group called the American Association of Labor Legislation (AALL), who drafted a healthcare bill in 1915 that would pretty much cover insurance for the working class and all others who earned less than $1200 a year. Interesting the number $1,200 comes up again…

Physicians were consulted and everyone agreed upon it. However, the great falling out started soon after. The American Medical Association (AMA) had a falling out with AALL when they disagreed on how doctors should be paid and then stopped all support for the bill.

Well there went THAT idea

The next time in American history we see the idea of a competent insurance plan start brewing is in 1929. That year Baylor Hospital in Dallas, Texas was about to go under and, simultaneously occurring in the same town, teachers in the area couldn’t afford to pay their medical bills.

An innovative businessman by the name of Justin Ford Kimball, formerly a teacher, given the task of saving the hospital, came up with what is now known as The Baylor Plan, after the hospital. Teachers agreed to pay Baylor hospital $.50 a month into the plan and in return the plan covered 21 days of hospital care, labs, operation and anesthesia charges. No matter how expensive. Amazing.

This caught on like hot cakes and eventually developed and spread. So what happened to it? Another fun fact: The Baylor plan itself evolved into Blue Cross Blue Shield that we know it as today.

We have come a long way since $.50 a month for health coverage.

According to the Center for Medicare and Medicaid Services, how much Americans spent on health insurance grew an additional 4.6% in 2019, bringing the total to $3.8 trillion. If we look at JUST prescription drugs spending, it increased 5.7% in 2019 to a total of $369.7 billion.

How much did the rest of the world spend?

In 2019 Americans spent $334 more, per capita, than the next 40 countries over on prescription drugs. $334 doesn’t sound like a whole lot, but if you check out the chart below, taken from the Organisation for Economic Co-operation and Development (OECD), it shows just how significant a margin we pay more.

In a list of 193 countries in the world, where do you think America ranks? 3rd? 25th? Well, clutch those pearls baby, because we come in at a disappointing 46th (even sadder is when you realize we are actually 47th because two countries above us tied for 19th).

What started off as a small plan to ensure coverage to those in need and save a local hospital now makes up 17.7% of the national GDP. According to the idea of Capitalism or Free Market or however you’d like to call it, health care and, moreover, prescription drugs should be super affordable and reasonable, but they aren’t. Not by a long shot.

If you are wondering to yourself what we are paying so much for, congrats, you’ve reached the next level. Now, with all this background info, lets go further and see what we find.

In the US there are currently over 900 health insurance companies that offer coverage. These are made up of insurers of varying sizes with some being investor-owned (like UnitedHealth), non-profit (such as Affinity), or sponsored by the government (such as Medicaid).

In fact, there are 5 that completely dominate them all in revenue:

By the way, revenue in this case is how much the company makes based on the premiums, the polices written. and services sold. If you want to see more details on the crazy amount of cash these companies rake in, you can check out this little chart of top ranking healthcare companies by ValuePenguin.com.

Health insurance companies make direct profit by collecting premiums, or monthly payments, from their clients minus what is paid out to cover claims. The premium is set based on 5 factors:

The company puts all the premiums into a pool, and if anyone in that pool needs it (e.g. breaks their leg), money from the pool is used to cover the cost. Before the ACA, insurance companies could deny someone with pre-existing conditions in order to maintain “balanced pools”. It was how they kept their premiums low enough for everyone to afford, but not so high that healthy clients would jump ship.

This is why the ACA originally penalized people for not purchasing coverage.

The bigger pool of those with pre-existing conditions as well as those without, would mean lower premiums for all, since the large pool could cover those with more issues. Unfortunately the politicians that fought the fine for those who didn’t sign up (you know which ones) left insurance companies to fend for themselves and undermined the whole idea of making insurance affordable for all. The last Administration declared they would replace it, but that didn’t quite happen either. This meant that insurers had to find even more ways to make up the money. I suspect that it is not a coincidence that drug costs have sky-rocketed since the ACA was passed.

Insurance companies, besides covering hospitalizations and doctor visits, also cover medications. As a way to keep track of what drugs they cover, there is something insurers use that is called a “Drug Formulary”. This is not one size fits all. There are different combinations of drugs that different plans cover, but by law, they must cover at least one FDA approved drug for every possible ailment and all disease states as per ACA.

These drug formularies are put together with the notion that these medications are the most effective, but also at the cheapest cost to the company, since they are footing the bill, of course. However, to make things even more appetizing, these formularies are broken down into a tier system: tier 1 is the cheapest option for the patient and so forth until you get to the highest tier, usually the 4th or 5th. These highest tiers are the most expensive option for the patient. Some lists have more tiers than other, as there is no standard.

The formularies are not set in stone either, and can change at any time during the year. The medication you have been taking for 3 years might suddenly switch to the next tier up, or worse, be taken off the list completely, and now your out-of-pocket cost sky rockets.

That’s just how it is, but just who is calling these shots anyway? What if I told you that it wasn’t necessarily ALL the insurance companies doing, but someone else had their hand in the mix?

Here is a hint: Big Pharma might be playing a huge part in this mess, but I’m starting to put my money on PBMs, the third link in this dirty chain. Who is that, you ask? The next step in my research.