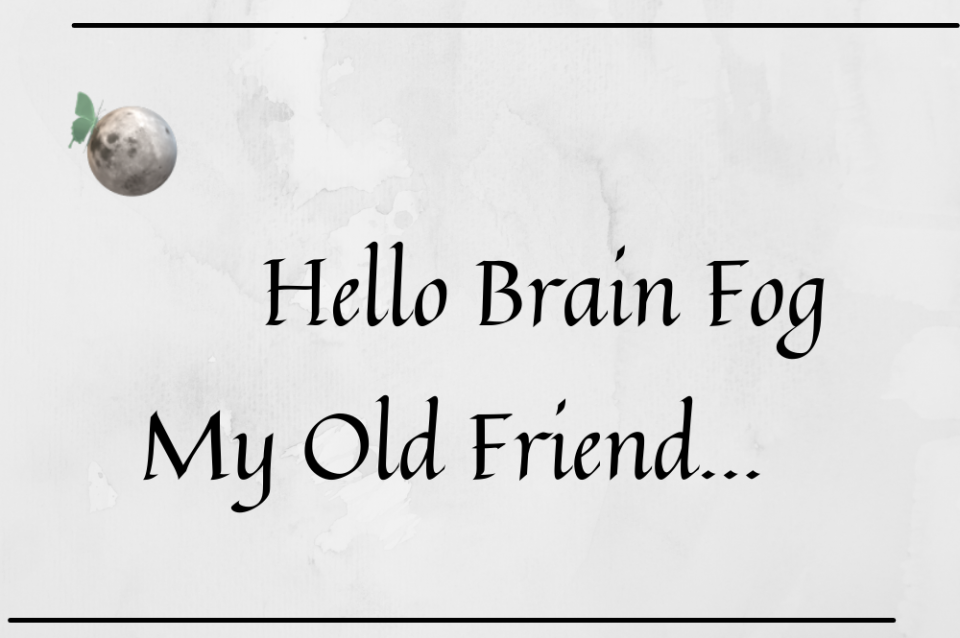 Growing up I thought I was pretty damn smart. You couldn’t tell me nothin! I was super curious, always one of the teacher’s favorites (not the teacher’s pet though, I had dignity :p). I was shy but I was also a huge ham (and that part hasn’t changed much at all :p)

I was always on the honor roll and prided myself on being the among the top of the class. I told myself I could be anything, do everything and nothing could stop me except for me. I had no clue how right that would turn out to be…

I remember that at some point when I hit 3 semesters into college my straight A’s/ 4.0 GPA college career turned into B’s/Cs and a couple semester later, Ds and Fs. I couldn’t figure out what the hell was happening. I felt like I was just going stupid. I thought I was losing it. I blamed it on distractions and getting older and wanting to go out more.

I blamed it on stress at home, and stress in my relationship…except it never quite made sense to me why focusing got so much harder. I entered college with a full scholarship that was dependent on my GPA staying above 3.50…guess what happened to it? Looking back, losing my scholarship is one of the top 5 instances in life that hurt me the most (I can get to the other 4 in another post)

I doubled my efforts and things improved in the last two semesters. I was able to raise my long-suffering GPA to 3.0. I was proud of myself. I thought I had overcome whatever ailed me and that I’d be on to the bigger and brighter future I deserved.

In an effort to not bore you, I’ll fast forward over to 5 years ago. The second job I landed out of college was at this big famous medical institution in Manhattan. It was a huge deal for me and my family, and I felt I was finally succeeding… But, not everything was perfect.

During the 4 years I worked there my manager was changed 4 times and my duties changed twice. You know what they say about jobs with a lot of turnover. The lack of stability didn’t help and a lot of what my duties were did made no sense, but that seemed to be par for the course at that place. As the years went on I could feel some “fogginess” drift in and out, but it wouldn’t last for long periods and I attributed it to being tired.

For anyone who is wondering, brain fog is similar to the sensation you have right when you wake from a deep sleep and need a second to calibrate where you are, but it’s constant.

The stress of the job, making mistakes, and trying to get my shit together made the fog worse. I started reading my emails out loud because I was afraid of writing something incorrectly. I would even read them to the hubby so he could do quick edits.

In that last year, things got so bad that I would forget what I was doing while I was doing it, which only increased my anxiety. I’d keep telling myself “you suck at this. This isn’t for you. You just aren’t meant to do this. you aren’t smart enough” and I spiraled even more into an awful cycle of anxiety and depression.

I questioned every single thing I did. All. the. time.

I’d wake up in the morning hating myself, thinking I was a wasted human being with no direction.

I spoke with my rheumatologist who suggested what I was feeling was all due to something called “brain fog”, a mild abnormality in the overall level of consciousness. It can be major a symptom of autoimmune disease flare-ups and can also be a symptom of depression itself. It involves memory lapses and poor concentration.

I tried talking to my supervisor about it at work and it seemingly backfired. She got HR involved and suddenly was very interested in what I was doing at all times. She practically sat on my shoulders all day. I KNEW she didn’t believe me. Again, I look absolutely normal and otherwise function just fine on the outside. It was on the inside that I was suffering from cognitive impairment, anxiety, depression, and an autoimmune disorder; all completely invisible afflictions.

As you know, I did leave that job shortly after, as everything became too much. I would imagine throwing myself down a pair of stairs just so that I wouldn’t have to go back for a while and take a break. Luckily, I had someone who supported me and pointed out that feeling that way is not okay. It isn’t ok!

My fiancé saved me

I was able to get out of that place and start afresh, but I still need to seek out a therapist. I am on the lookout now, actually. Unfortunately, I haven’t been able to find someone close enough in distance, or who fits my budget.

Mental health is something I still struggle with on a daily basis and I wanted to point out a few ways I’ve discovered, to find resources for anyone who may need it.

2)Therapy apps- there are apps you can download that will connect you with professionals for a small fee. It’s a good option if you need someone right away (urgent but not an emergency) or if traveling is a pain. Look around and find one that works with your budget/needs.

3)Your health insurance- Depending on your health insurance, you may have mental/ behavioral health resources available to you at low or no cost. Grab your insurance card and call the member line on the back. Customer service might be able to send you in the right direction

4) The state you live it- Googling your state and “mental health resources” is a super helpful way to get yourself in the right direction.

It may take you a little time but you will find someone. Leave no stone unturned! I’m still on the search myself and hope to find a therapist soon. So far I’ve reached out to three separate people and they either weren’t a good fit or were out of my budget, and that’s ok <3 Ill find someone soon.

If you are on the hunt, you will too!