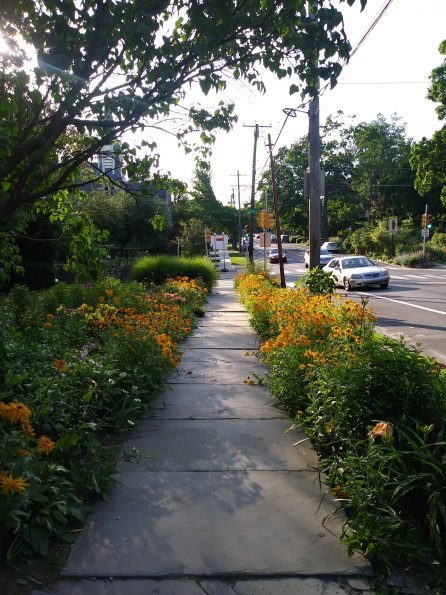 To jump right into it, I have multiple autoimmune disorders that my doctors can’t quite pin down. It is usually the case with people living with chronic issues that they usually start with one, and develops others over time. Or, alternatively, they develop a conglomerate of symptoms from multiple issues that aren’t easy to distinguish from each other.

I have some toss up between Lupus, RA, fibromyalgia, and mixed connective tissue disease with side of a blood clotting disorder called Antiphospholipid Syndrome.

I also have diagnosed Endometriosis (with recurrent cyst ruptures) which is a co-morbidity to autoimmune disorders. Recently, I’ve discovered I also possibly have Sjogren’s and pernicious anemia (low B12) so it’s a mixed bag, really!

When I last lived in New York in 2018 I had a full-time, salaried, job at a big medical institution and lived comfortably in my shoebox apartment with my fiancé and our kitty Calypso.

My darling Beau is an amazing niche musician with 2 Masters from a World renowned music conservatory, but New York can be hard on even the best musician. Hell, it’s hard for anyone and so I was the sole provider.

I was thankful to have a job that supported us both and did it with love, but every day that passed my health grew worse. The hour and a half stressful commute in the bowels of NY, my discriminating boss, and the “mean girls” highschool-clique-from-hell coworkers I had to work with, caused my health to spiral.

We knew it was time for a life change

As the work environment grew more toxic and overwhelming, my physical and mental health plummeted. Work tasks became increasingly difficult to handle. I was in near constant brain fog which affected my cognitive abilities. I started coming home barely holding myself together for the train rides home. I would burst into tears as soon as I walked through my door

It got to the point that I’d contemplate throwing myself down the train station staircases in order to hurt something to get a break from my job.

Because my endometriosis was also flaring, there were more than a few times when I’d have a cyst burst so painful that I would end up admitted in the hospital, As horribly painful as they were, I’d see it as a blessing. It gave me time to breathe and rest. Of course, I recognize now that this was an extremely unhealthy way of coping.

I was just so entirely overwhelmed I couldn’t take it.

My darling saw how much I was suffering and we decided that we both needed a do-over. I was to quit. He would find a job that supported us both and we would move to Philadelphia so I could focus on healing. We decided enough was enough. We were going to get out the hell that is New York.

My fiance, originally from Philadelphia, was the one who suggested we move there. I had to admit, I had fallen for the City of Brotherly love and agreed. In my eyes, it was a quieter, more laid back and less congested version of New York with a hella lot more trees. Much better than New York.

To Philly, we went

I ended up snagging a part-time work-from-home job as a medical scribe which I still do to this day. I’m making a whole lot less than what used to, a difficult fact to swallow, but for my health? It was the best choice.

He found a door to door marketing position. 100 percent commission. Not ideal, but it paid what we needed. However, the best part is we found a fantastic apartment (it’s so amazing I can’t believe we LIVE here) and after a rough transition, we moved to Philly. Now I can focus on rebuilding my health because that is what’s most important right now. We moved on April 1st, 2018.

So how it is going now?

I wish I could say that everything was a smooth transition and that my health is doing much better, but alas, things don’t always go as planned. I’ve focused on healing, being more mindful and looking internally to love myself and life again. My fiancé works super long hours and his only day off is Sunday (sometimes he works those days too) so I’ll admit, I am a bit lonely too.

As of right now, I’m doing all I can to keep myself together and work on getting things settled. I thought up the idea of starting a blog and telling my story. I have this hope that writing and sharing my struggles and victories can somehow help me heal, allow me to reflect and possibly (hopefully) help someone else who is living and fighting through agony. All because of their body’s inexplicable decision to destroy itself one cell at a time. (Read: internal temper tantrum)

If you are wondering why I named the site LunarEclose, I am a huge fan of the moon, and eclose means: when an insect emerges, as an adult, from the cocoon.

I will get through this more beautiful, healthier, and with bigger wings. <3