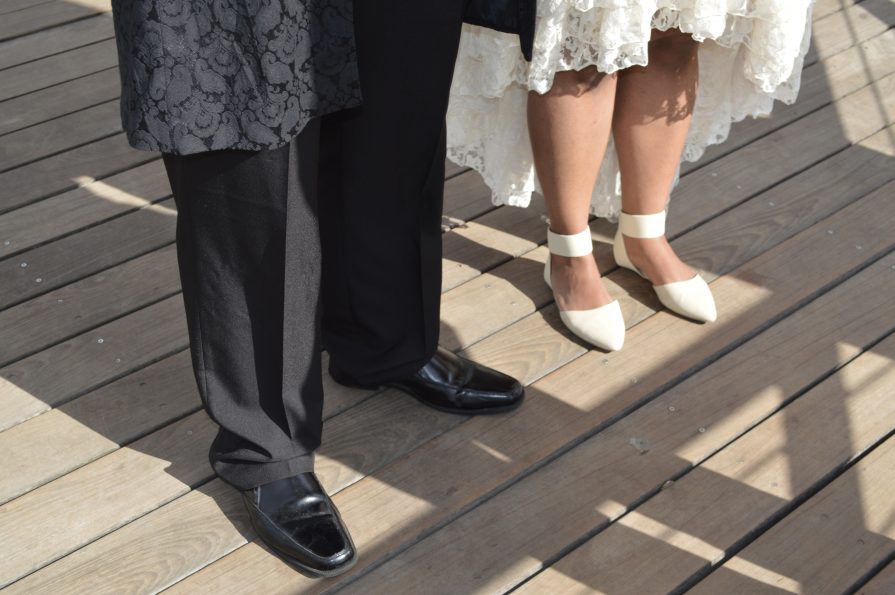 I remember the initial discussion that night and the crushing sensation of my stomach dropping. We had “The Talk”. Not the “it’s not you, it’s me” but the one about our finances and numbers not adding up. When we lived in New York, just 4 months ago, I was the primary breadwinner.

I was making over 50 grand a year, struggling even still under New York prices and trying to keep us afloat (my hubby’s cat, is also with us). When we moved to Philly, we switched so that he would make the money and I would rest and focus on getting my affairs (health-wise) in order. I totally agreed and all went as planned.

However, it didn’t go as smoothly as we had hoped

The difference was, his job ended up being 100% commission with a marketing firm, and as you imagine, it isn’t super consistent in pay. I found myself a part-time job working from home, and it pays a HELL of a lot less than my previous salary. It’s stable for the most part but when I have ER bills to pay, provider bills, infusion bills, groceries and rent and..stop me if you see where this is going.

One of the first mistakes we made was that we didn’t write everything down and we didn’t take minor “emergencies” into account. It doesn’t matter if you use pretty excel spreadsheets or a notepad, hell, even a napkin would do in a pinch, but you HAVE to write it down; your income, your expenditures, emergency money, bills, debt. EVERYTHING.

See if it adds up and you can see a discrepancy coming before it creeps up you like it did us. We didn’t take my bills, my credit card payments, urgent care bills, hospital bills, health insurance, his student loans, etc. into account. At one point we realized I wasn’t even putting in the amount for rent that I initially said I would. I forgot, and we miscalculated. That’s when it hit me.

I’m using my credit card for groceries half the time. I’m increasing my debt, I’m barely making the credit card payments, my med bills are starting to pile and hubby can’t help because he’s struggling too…This. Is. Bad. I’m writing this not as an admission to defeat, but as the first step of many that I will take to move back into the black.

After our discussion, the hubby and I printed out all of our statements, and I mean EVERYTHING from my old ass 401(k) bank statements from 10 years ago to student loan statements. I can’t emphasize this enough and I truly believe that the only way to move forward is to figure out where you are.

So far, we are pretty in debt and don’t have a solid plan but that will definitely change. My first endeavor will be to get rid of the medical credit card I took out for my little sick Chihuahua. She got really sick and we had to rush her to a 24-hour Vet a year and a half ago.

That card still haunts me.

Every financial advice article I’ve read says that using your savings to pay off (either in full or good portion of) your debt is good practice, so let’s see if it works! I will use part of my savings to pay off the debt in big chunks and pay it off completely by September 2018. September is significant as it is the deadline for the promotional offer I got when I opened it.

If I do so, I will avoid paying almost $1500 in back-interest (Uh, YEAH). Plus, if I can get my chihuahua’s card (previously $1120 and now $570) settled and off my back, then I can really focus on the heeaavvy credit card debt which is currently at $4,500 and counting. For that one, I smell a credit transfer in my future!

But like I said, that is the next step, and I’ll cross that bridge when I get to it. I feel so much better now that I have a long-term goal and at the very least, the first small step figured out. Let’s see how this goes… Buckle in, it’s going to get a little bumpy.